The ANSSMC, and the Aryan Nations Black and Silver associate club's have OUSTED pauli  want's to be a cracker palette, for association with the mud race's, in which is a direct violation of the ANSSMC constitution. Therefore pauli palette pretending to be white, yet has friends and sympathetic to the enemies of the Aryan Nations Black and Silver, has been banned for life and a day .For Treason, by ANSSMC counsel. SSFFSS ANSSMC 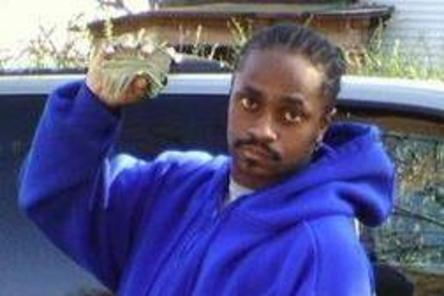 We Welcome our Newest so Called Aryan Nations Leader's 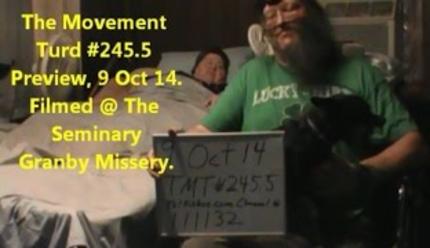 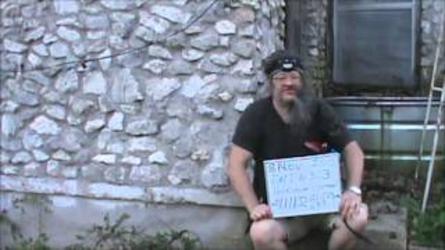 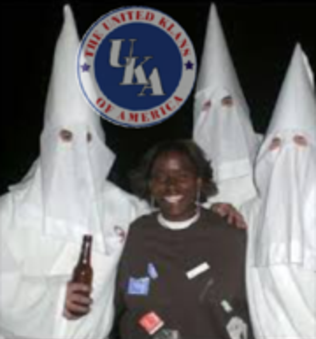 "Famous" Fred Detrow is out of  the ANSSMC and the Aryan Nations Black and Silver associate clubs in "bad standings".

Upon being ousted from the ANSSMC for insubordination, insolence, cowardice, and treason he has decided to lay up in the comfort of his home and playing internet tuff. Any individual or group associating with this ass wart need not contact the Aryan Nations SS MC nor the Black and Silver associate clubs.

​"Famous" Fred Detrow Ohio is "out bad" and has been "banished" by council...

​From the desk of President Dennis Mcgiffen...

Well Cunt, our International Aryan Nations Counsel has now convened, your charge's are as followed; High Treason against our order. Conduct of that as a Terrorist. Conduct of non Aryan Nations Principles, laws and bylaws.

I now hand down your punishment; From the Aryan Nations Black and Silver counsel worldwide.

If you ever threaten a brother of mine again, I'll say only one thing to you cunt, get a life or end the one you have. 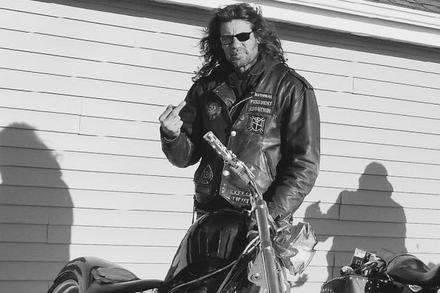 ​Since the passing of Pastor Richard Girnt Butler, many have claimed Aryan Nations status. Many have claimed CJCC status. NO ONE WILL EVER BRING BACK THE FORMER GLORY OF THE CJCC. That would include this half bearded clown that calls himself a pastor, even though Rabbi Gulette  pulled his credentials, Because of child molestation charges.  This half bearded clown stands up for August Kries, which was just convicted of child molestation, two peas in a pod if you ask me.  Rabbi lindstedt, on several talkshoe shows, has stated how my bloodline, my name is being used, by the ANSSMC. Let me think about that for a minute.  As I see it, it's for the betterment of the White Power Cause , that the ANSSMC, would utilize every avenue, to preserve our race.  For you half bearded fucktards, want to be Pastors of the former CJCC, Self proclaimed  world leaders, self proclaimed anything. I'll use a phrase  Pastor Butler used many of times. Get a life, or end the one you have. If your not part of the solution your part of the problem. SSJD ANSSMC HAIL OUR VICTORY!!

​Flushing out rats, stool pigeons & dregs of sorts that come in contact with the Aryan Nations Black & Silver clubs is and always will be a top priority. We do not search out dishonorable dregs to babysit in a mans club nor agent provocateurs to present and initiate illegal  activities to good men.

Make no mistake, anyone that makes contact with our beloved B&S clubs will be put through our own security check. 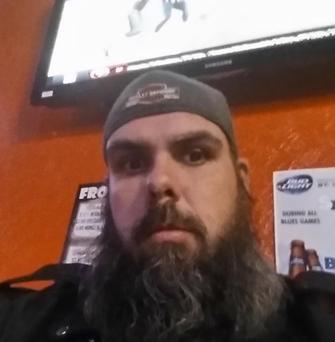 ​This NIGGER  loving bitch, has lied through his teeth to a nigger named Robert Dee!

(Blow me Blowman) AKA Joshua Lohman, Has grape size nuts, that went through some sort of manhood.  Your balls are as big as your mouth is; your stupidity is as big as your nuts will ever be.  You threaten every single member of the Sadistic Souls with a bullet on social media. THEREFORE; you made our dumbest motherfuckers list ever... You son have no loyalty. You talk about blood. First you must have honor.. 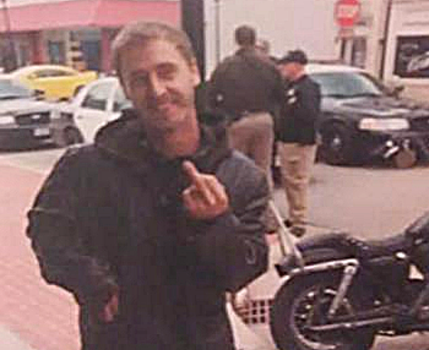 RABBI LINDSTEDT, A LIAR ,AND A FOOL. 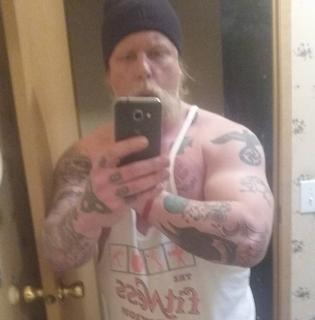 You lohman were never more than a mere prospect that didn't meet my requirements as AN, let alone ANSSMC. You possess  a below average IQ, therefore we never would of EVER made you a full patched member. You walk a dark path with Jewinkins. Made several threats as you are a bad ass, really and truly ill have to look and find our weakest Soul, to take your invite. So far, i can't think of one. Ill even accept your invitation. Since your ball less ass couldn't hand your cuts in. you left them on the boss's porch and ran like a fag/bitch. WELCOME TO DAGGER ALLEY BITCH!! GEN SSJD ARYAN NATION SADISTIC SOUL MC. Hail my fucken Victory...

​Bradley Jenkins in the early 2000 Talked a big talk, but failed his white brother's with his own ideology . Jenkins made a  fiery speech about the non whites at the 2003 National Conference Pastor Butler held.  Shortly after, Jenkins himself was caught in Butlers office stealing membership info. , and was kicked out or the Aryan Nations. Jenkins was just another  snake in the grass. Just another so called IW, looking for membership, to expand his so called power.  Today his so called  power dwindles in the sand. Jenkins complete loss of the IKA, shows his ability is to lead the weak minded ,and the week minded only.. The United Assklowns of America, is just not a weak minded organizations, they are tied up with Antfi.   Make no mistake brother's, Jenkins  agenda does not included his white brothers.  Jenkins agenda is to serve the nigger race like the Grape Street crips,  Last year at National conference, Jenkins sitting across from me at the table, said his was looking into saving a nigger church from muslims ,  for you in the United Assklowns of America, I guess that black form of propaganda  would be to your low life expectations.

You know, Jewinkins ,your the second failure in the Ass Klowns  of America. That fucktard  John Jack, related to August Kreis ,That's serving life for child molestation, and has a women the size of a woudabeast, lets just say, you are a disgrace, to the Aryan Nations., and always have been.  Then again Jenkins you always have just been a has been.

​You have disgraced your race, and a Nation.  The United Multi-Kulture Association (UKA) Has committed several crimes against White humanity, let alone the crimes you have willfully commented against the Black and Silver Solution.

​ The phoenix has risen from the ashes to address your crimes as follows;

​You in my eyes are Imperial WIGGER Bradley Jenkins. A nigger in disguise behind a fake white Klan Mask.

​I believe you are MLK, and you had a wet dream. In that wet dream, you were with John Jacks woudabeast.

​Jenkins you have been exiled from the Black and Silver, for conduct of a race mixer scum. Unbecoming of a White man.. 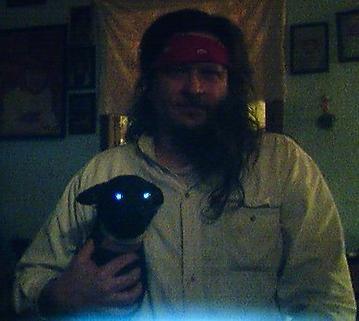 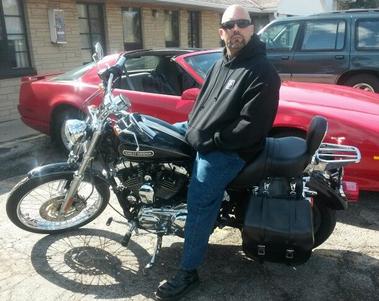 I assume Anthony when your nigger friends find out that you bold faced lied to them about everything, you stated on the video, your teeth will be knocked out by them. Your fucking lies about a stockade of weapons, and the fact that we are making plans to attack a BLM march is a fantasy to say the least.  We at the Black & Silver Solutions, and ALL that fall under that umbrella, are working class men, that abide by the laws in today's society, pay our club dues, and strive for preservation of our race. With that said, what you have done by giving out the names and addresses of some of our member's is targeting, in which will not be tolerated.Funny thing is, you were never a high ranking  member within the Black & Silver, Most of your information is incorrect. I will say, The Aryan Nations Sadistic Souls Motorcycle Club, or any under the Black & Silver Solutions. Well we don't go looking for trouble, but when trouble comes looking for us. Let's just say, we are that last motherfucker's to back down. Contact me at SSJD@sadisticsoulsmc.org for any content you do not agree with. SSJD, Aryan Nations World Ambassador.SSFFSS

Today, we must explain as an international order of the Aryan Nations worldwide many things. Under the Black and Silver Aryans of this time. We don't condone the killings and mass murder's of unarmed civilians, in a church, or any place. We don't accept or condone the killings of children. We don't condone terrorist ideology to further our agenda.  Our Agenda is to seek out like minded individuals. Not psychos like our newest member in our famous Dagger Alley;

Welcome to our famous Dagger Alley, Karl Roberson of New Zealand, Ya Cunt. 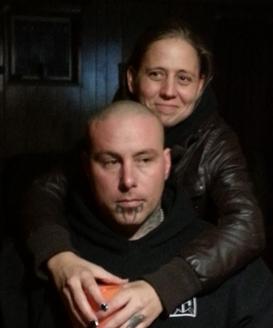 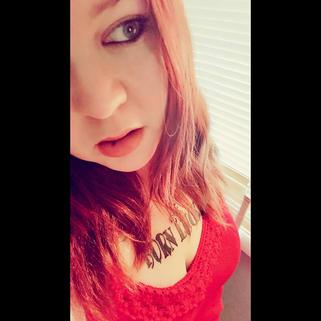 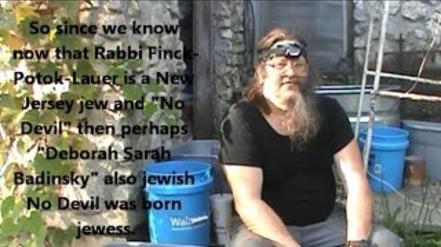 Pauli want's to be a Cracker Paletti!!

Here is you with your nigger butt buddy!! 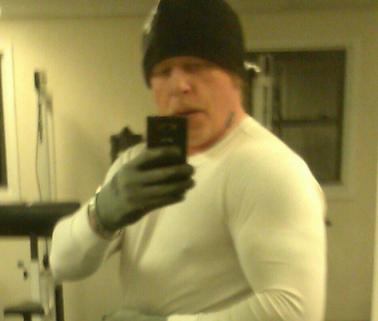 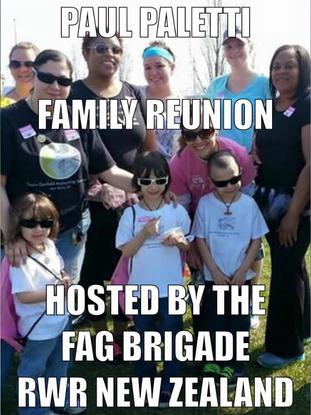 ​If in fact we find you dirty, now or later we will expose you. This statement is made twofold,

​(1) to detour informants, stool pigeons and agent provocateurs from trying to enter our ranks. When we find out, which we will, they  will be made famous on "Dagger Alley"...

​(2) to assure the true believers of Brotherhood over all  that they will not be subjected to mingle with the dregs, rats and white shitbags.

​We hold the standard of truth as our guide and will test the mentalities proving all things. We take no favor over known truths nor do we choose personal friendship over club business.. 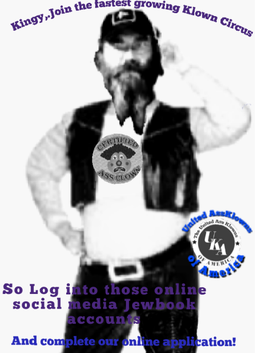 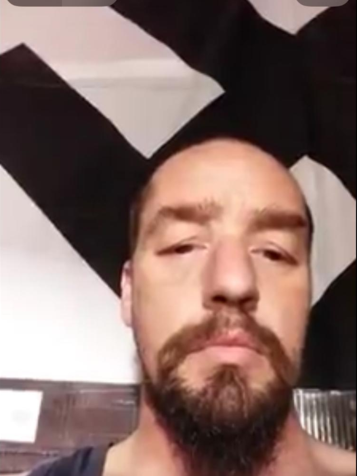 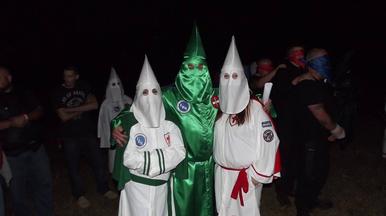 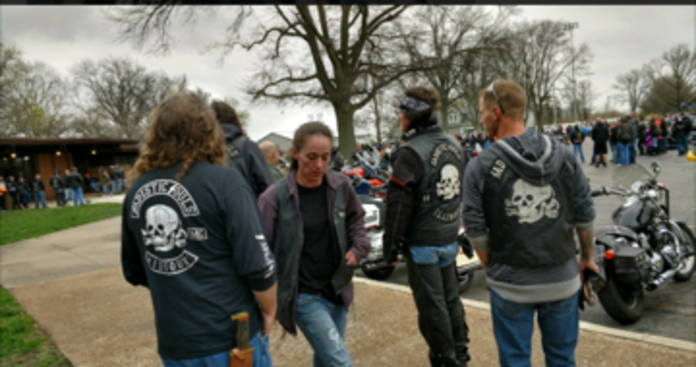 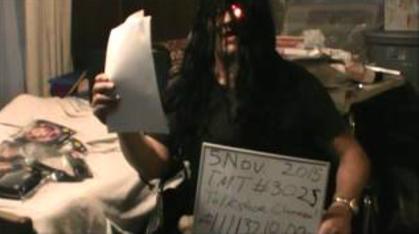 These retarded ass clowns, dumb motherfucker's believe they are the True Aryan Nations. Let me tell you little boy's something, You don't have a  clue  to what Aryan Nations is, or means. None  of you  pussies have the brains, nor balls to even claim Aryan Nations, or have the mentality to take it away from the Sadistic Souls MC. John Roxburgh, you claim Aryan Nations as your own. Your bitch ass could't walk in Pastor Butler's shoes for 1 minute. Dennis, performed an Aryan wedding for you and your wife.   You are by far the dumbest  motherfucker, iv'e ever had the pleasure of meeting.. My Uncle created the Aryan Nations, period. The CJCC is the Christian Identity under Dr. Swift. But, of course you already knew this right! Or course you know it all.Along with your butt fucking bitch Jeff Hurst and his retarded fat ass kid Jermey Hurst, you got shit rolling in your drug induced brain. Good for you.  All You Traitor Motherfucker's, aforementioned in this article, come see me. I assure you, the wrath of Yahway will see that you all are the Spawn of Satan, and Related to the JEW,in his name. Hail our Victory in it's name. SSJD World Ambassador Aryan Nations. 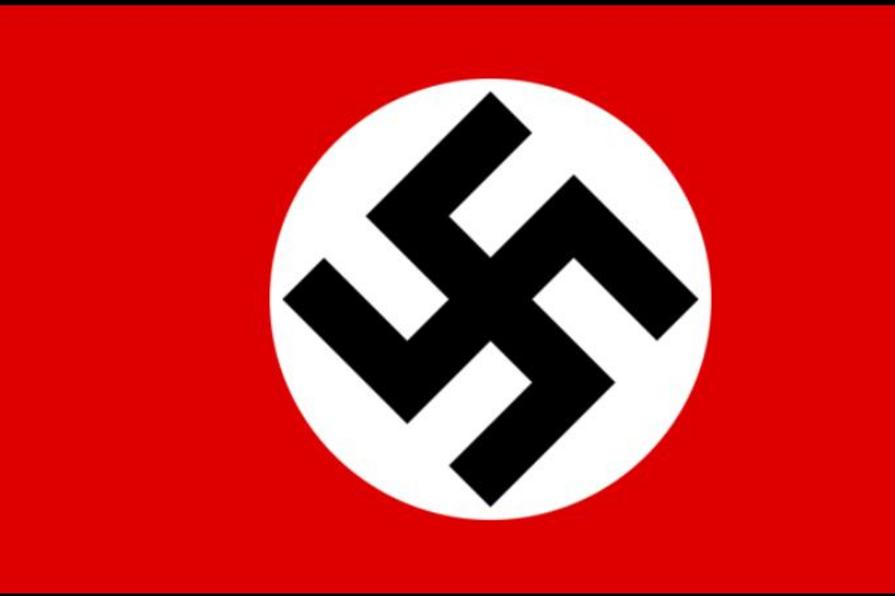 Lucky McCormick, Is his little spy on Jewbook. 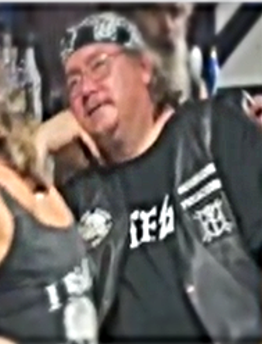 Scotty Elkins, a convicted federal felon did some county time for explosives, a 10 year hit he did not get while violation his federal probation all while he cooperated and then let out on the streets to try and bust us The ANSSMC. Elkins is good as running his neck then hiding. The cops busted one of our own guys, and told us good thing we got rid of the informant. Scotty (the Pigeon) Elkins AKA Rooster.

DO NOT ASSOCIATE WITH THOSE ACCUSED OR FOUND GUILTY OF CHILD MOLESTSTATION, OR ANY OTHER CHARGES AGAINST HUMANITY!!